Manufacturing unique running and cycling apparel in the U.S.A. 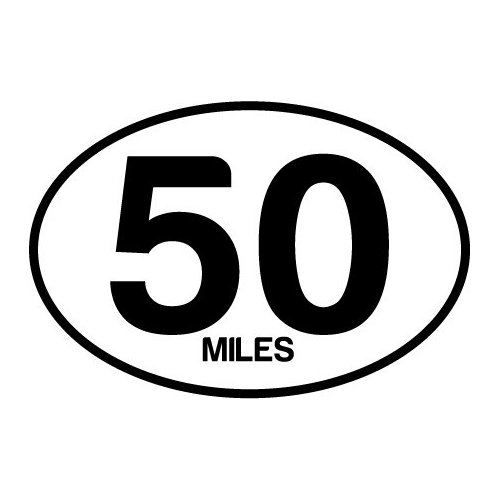 I finished my first 50 miler.

I FINISHED MY FIRST 50 MILER!!! To say that I am ecstatic about this accomplishment would be understating my excitement!

Let’s take a step back. Mount Penn, located in Reading, Pennsylvania, was basically in my backyard growing up. I ran there a handful of times, but I never got to know the area incredibly well. My wife, a group of our running buddies, and I decided in late 2016 that we would all run the Labor Pains 12 Hour Endurance Trail Run out on by Pretzel City Sports (www.pretzelcitysports.com) the following year. We all started discussing goal distances (since it is a timed event) and I blurted out “I’m going for 50!” without thinking about what that meant.

Fast forward to Labor Day Weekend 2017. Race day comes and training has not gone the way I wanted/was hoping/it should have. We toe the line, the gun goes off, and we are off to run in the woods for as many 5 miles laps as we can in 12 hours. I went out way too quickly. I was running with a woman who I later found out was shooting for the 100k. Oh boy, this could hurt later! The first two laps went well, then on lap 3, my body started to react to the fast start to the day. I worked into a more comfortable pace and settled in for what I knew would be a long day!

Laps 4-7 were all over the place, but mostly from “My legs don’t feel well” to “How soon is this over?”. It was a bit of a roller-coaster that I had not previously experienced to this extent in an ultra before. I kept putting one foot in front of the other, sometimes faster than others, but always in a forward motion. By the time I got to lap 8 my legs felt fried and I started to worry that the last 3 laps were going to be brutal. About a half mile into lap 8 my legs loosened up and I was able to start running with some purpose again! Lap 9 wasn’t as good as lap 8, but I kept moving decently well and got through it. I came in to the aid station and took an extra minute to get ready for the last lap. One of the members of our running group, Nick, asked if I wanted a pacer and I blurted out “That would be awesome!”. He offered to fill my bottle and meet me shortly after the start of the lap. Having him with me for the first mile of this lap was huge. Nick was a fantastic mental help, allowing me to focus on talking to him and not how my legs were feeling. We progressed through lap 10 quite well. I had some surges of energy and power that surprised both myself and Nick. We came off the long downhill to the road section and I looked at my watch to see how we were doing on time for my goal and my watch died with less than .5 miles to go!!! I instantly yelled out in frustration. We laughed at the humor of the situation as we continued into the finish, which was up what most would consider the sickest joke of a finishing hill in the history of all humanity (thank you Ron!)!!

I crossed the finish line and felt an instantaneous amount of both relief and joy. Relief that I wasn’t heading back out for another lap (or two+) and joy that I had completed the longest distance run I’d ever attempted! Immediately after crossing the finish line (and multiple times through the harder moments of the race) I told myself I would not be doing anything longer than a 50 mile run in my life. Two days later, I began looking at 100 mile runs.

If you have never done this race, I recommend it! It is a perfect way to go for a distance that seems just out of reach because of the setup. Who knows, maybe next year I will shoot for that 100k!